As part of a City wide program to throw open the doors of  buildings not often accessible to the public, Halifax Fire and Emergency Services welcomed the public (in droves) to the HRM's oldest fire station.
Number 2 station on University Avenue is my neighbourhood station, so I was among the many visitors this morning. 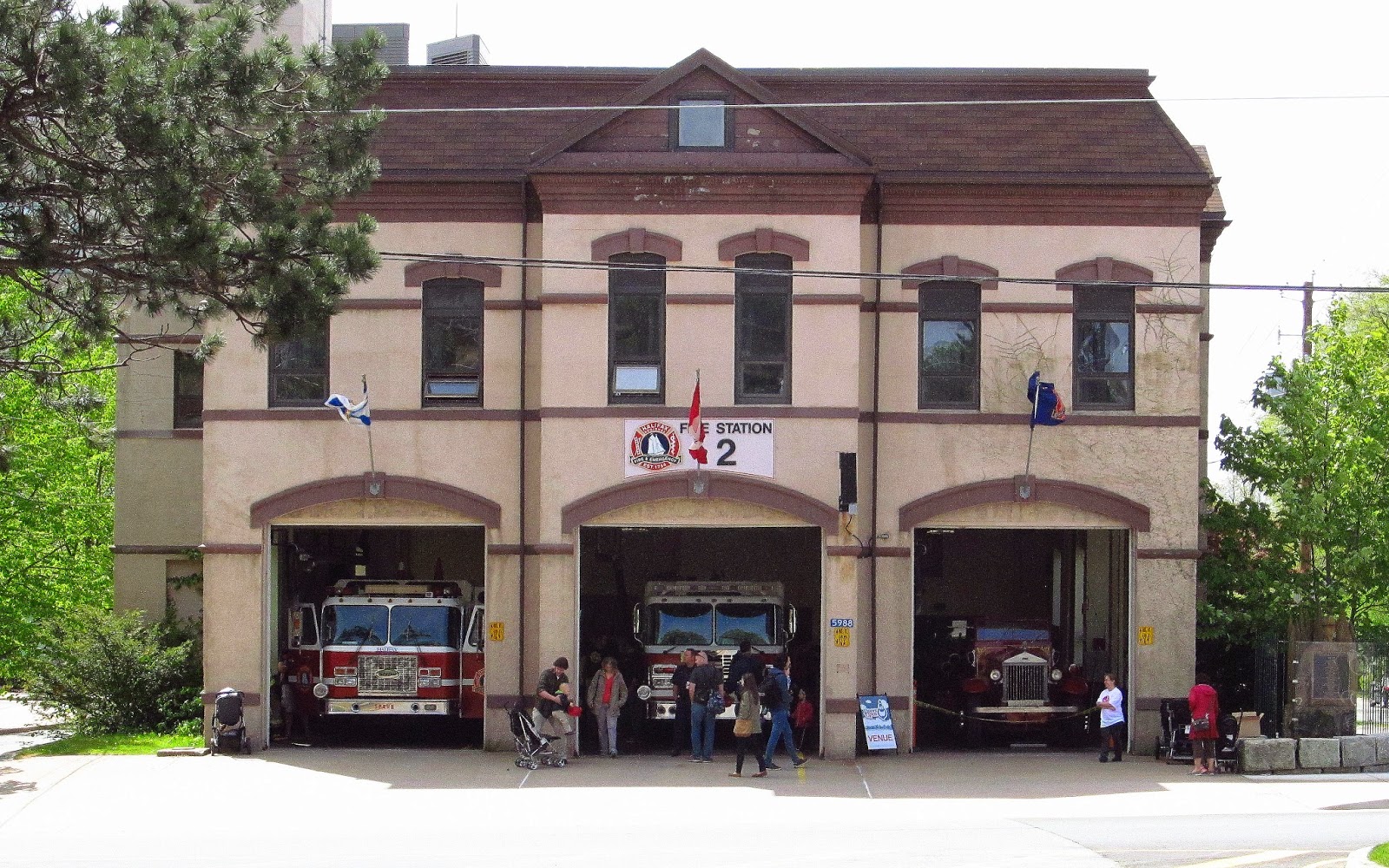 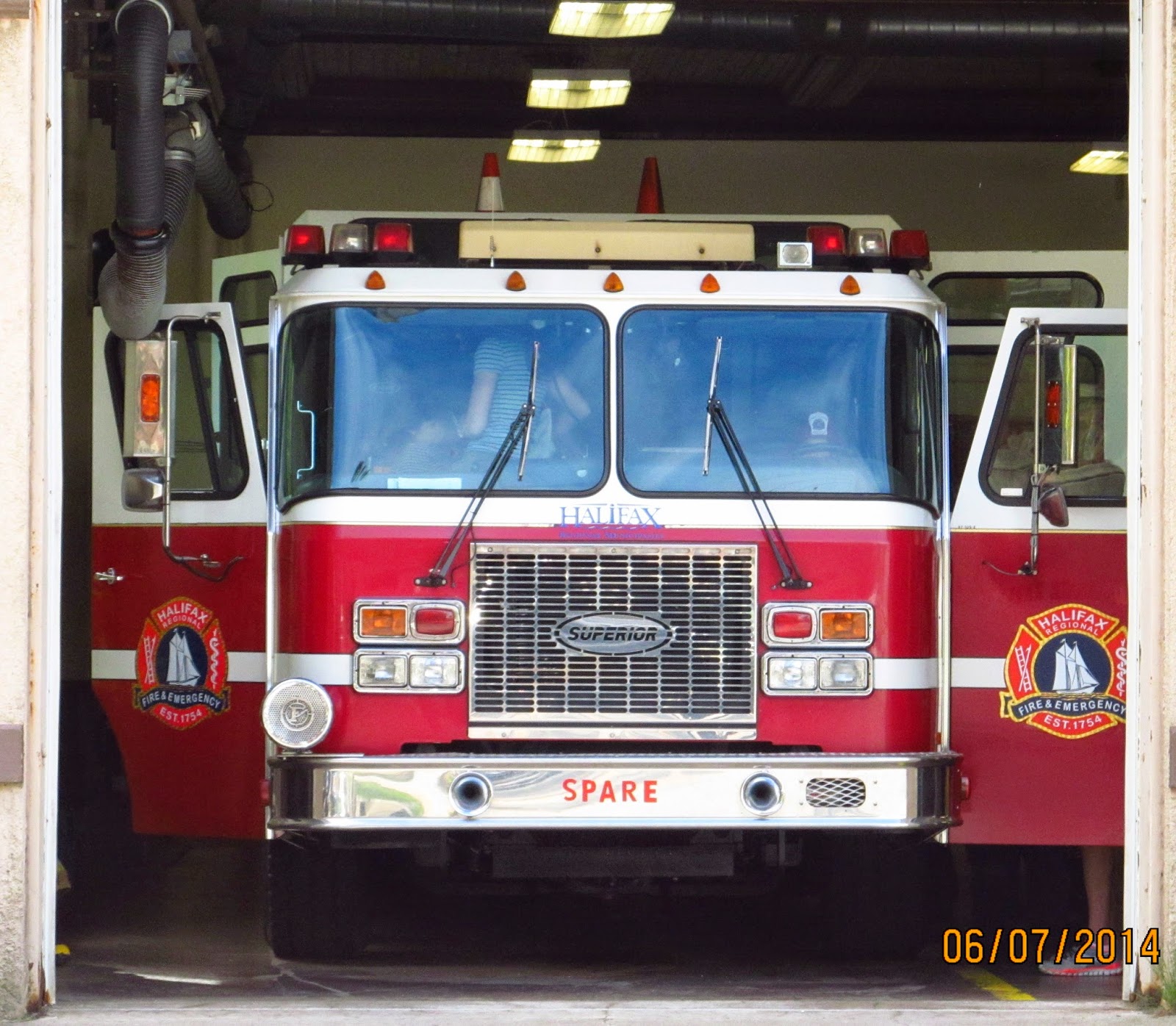 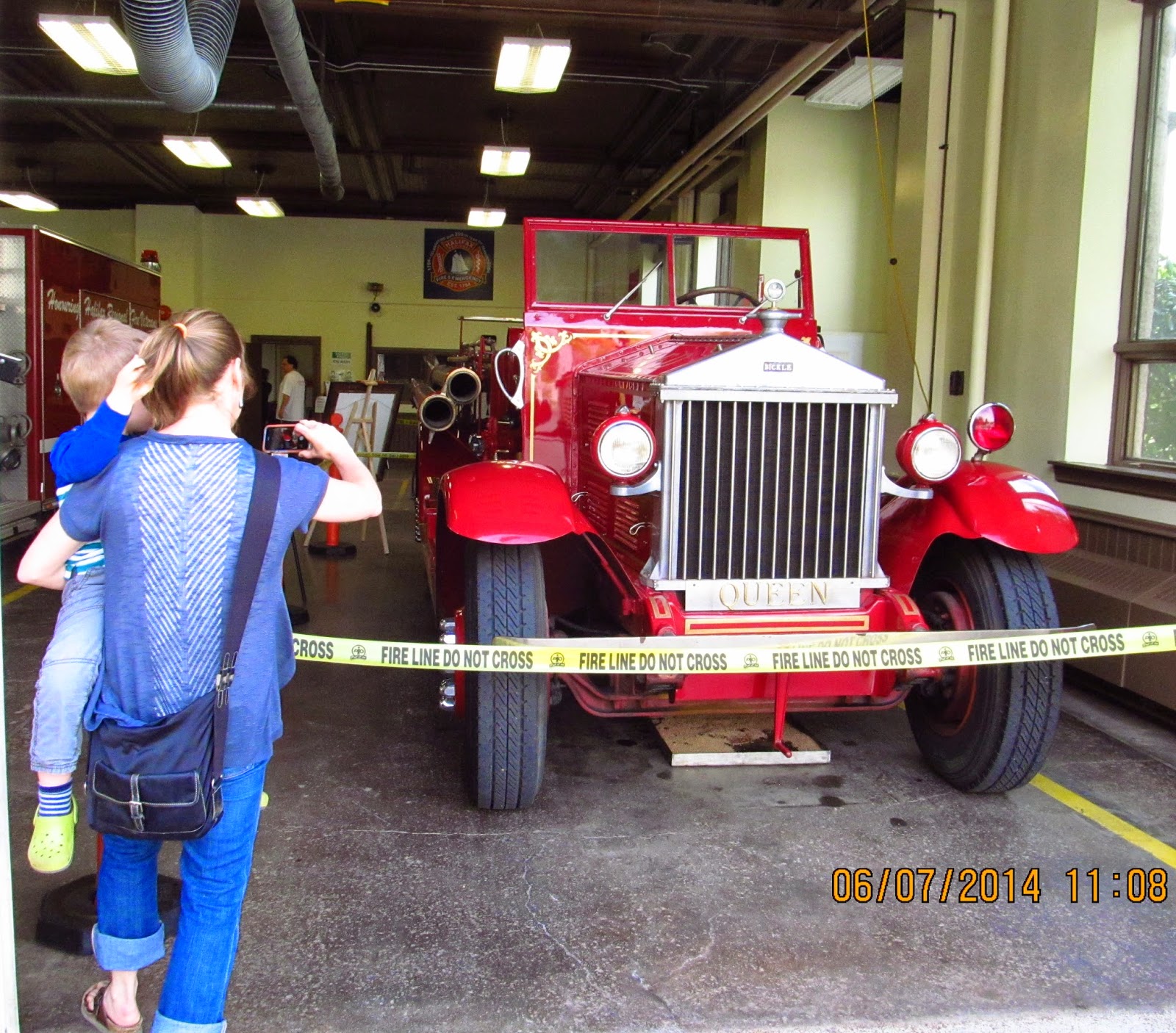 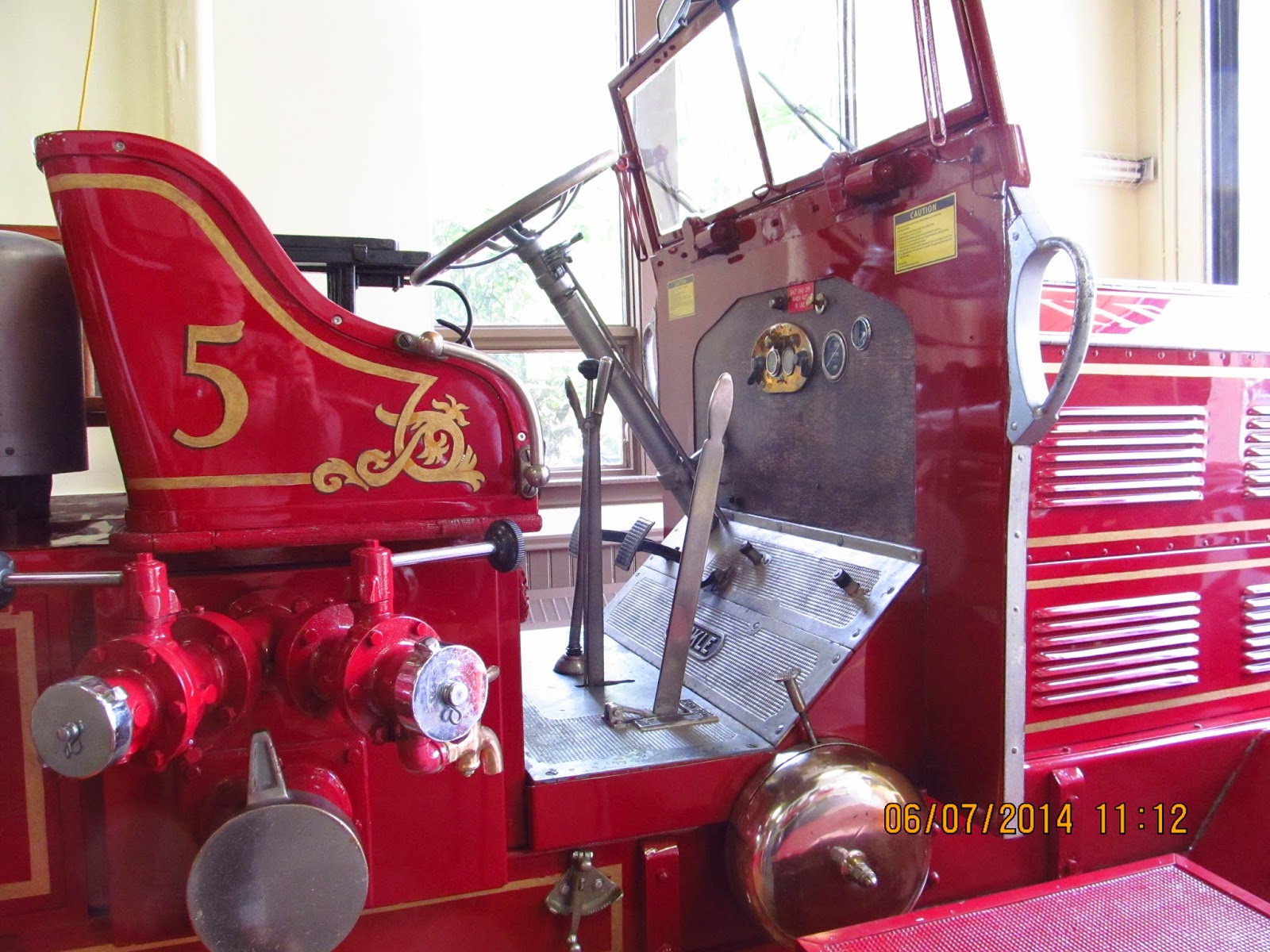 Named for its marathon pumping duties at the March 1939 Queen Hotel fire that killed 21 people, the unit was based at the Bedford Row fire hall (the building is now McKelvies restaurant). All Halifax fire apparatus was called out to that fire, which was only a block away from Bedford Row.
The original purchase, at $14,000, in a very questionable tendering process, saw the Bickle Fire Engine Co of Woodstock, ON beat out LaFrance and Seagrave (also with bids of $14,000) and Leyland (at $14,517). A 1,000 Imperial gallon pumping capacity  would have cost an additional $1,000 according to old City Council minutes.Complaints about the truck's heavy steering must have been resolved for it eventually entered front line service after several years relegated to third alarm status only, with no assigned driver.

Tracing its founding to 1754, the Halifax fire service is the oldest in Canada. Among its archival properties is this had drawn engine, also on display at Station No.2 .